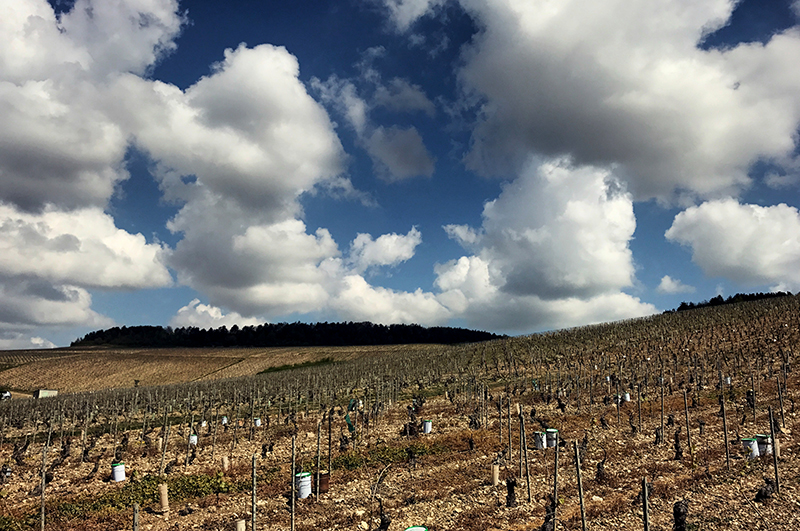 Of the seven Chablis vineyards classified as Grand Cru, most consider Les Clos to be the finest. Taken as a share of the region’s production, Les Clos accounts for only 0.6%. But as Master of Wine and Burgundy expert Clive Coates says, it is “Chablis at its very, very finest.”

We’re big fans of Chablis, and there’s much to like in the other 99.4% of wines grown there. But Les Clos is something special, a wine to open when the moment is just right. Romain Collet leases a tiny 0.4 acre plot of 65-year old vines, and from it produces one of our favorite wines in his lineup.

One whiff of the Collet’s Les Clos, and you’ll understand the hype. The nose shows exquisite lemon, pear, and mineral aromas, and follows with an extraordinarily long, rich, tension-filled palate. It’s hard to imagine more concentration or density in white wine, particularly one with a nearly imperceptible use of oak.

Les Clos is famously long lived wine, with aging potential stretching out a decade or more; and the longer you can keep your hands off of it, the better it will be. We opened a bottle recently, and we’d suggest decanting it (yes, decanting), for a half-hour or so before serving. Give it a year, and you’ll wish you had bought more; but even in its youth, Les Clos is unmistakably in a class of its own.