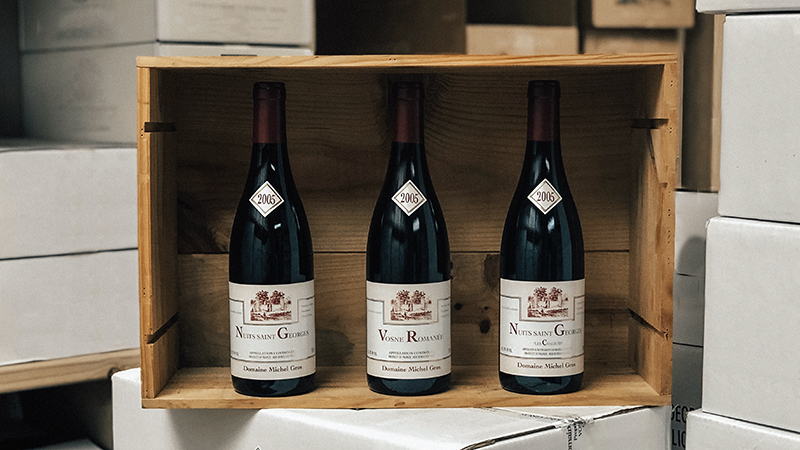 No, that’s not a vintage typo in the subject line. We’ve just called up our small collection of 2005 Gros Burgundies from our offsite warehouse. Purchased back in 2007, and they’ve rested quietly under temperature control for over a decade. Today we’re bringing them out of their slumber to pass them along to you.

The 2005 vintage was by all accounts near-perfect. Allen Meadows (Burghound) called it “one of the greatest vintages in the history of modern Burgundy.” Jancis Robinson MW called it a “glorious” and “rightly revered” vintage; Jasper Morris MW called it “the most uniformly successful vintage I have seen in my career.”

As happens with most great vintages, the 2005s went into hibernation after bottling — over the past decade they’ve shown their intensity and class, but have been missing the richness and complexity you’d expect. They’re just now beginning to edge into their drinking window, and so we’ve decided to let our customers direct their final acts — we think they’ll continue to improve for another decade or more, but the rest is up to you. Michel’s Nuits-St-Georges “Les Chaliots” is from a vineyard on the southern end of the town, not far from the famous “Les St-Georges” vineyard. This is classic Nuits, with rich meatiness, bold intensity, and dark blackberry fruits. Look for cassis, cinnamon, mushrooms, and leather.

The other Nuits-St-Georges cuvée is a blend of four plots near the border with Vosne-Romanée, and this cuvée combines aspects of both villages. There’s the traditional intensity of Nuits-St-Georges, but with an increased layer of Vosne spice and silk. Look for dark berries, earth, pine, and toast.

And finally, the Vosne-Romanée, from Michel’s home town. This is the most elegant of the three, showing redder fruits and a longer, silkier finish. Vosne is Burgundy at its most refined, and Michel’s never disappoints. Look for violets, smoke, dried roses, and velvet.

As you might expect, these are all available in small quantities. We’ll accept orders as first come, first served until we run out.