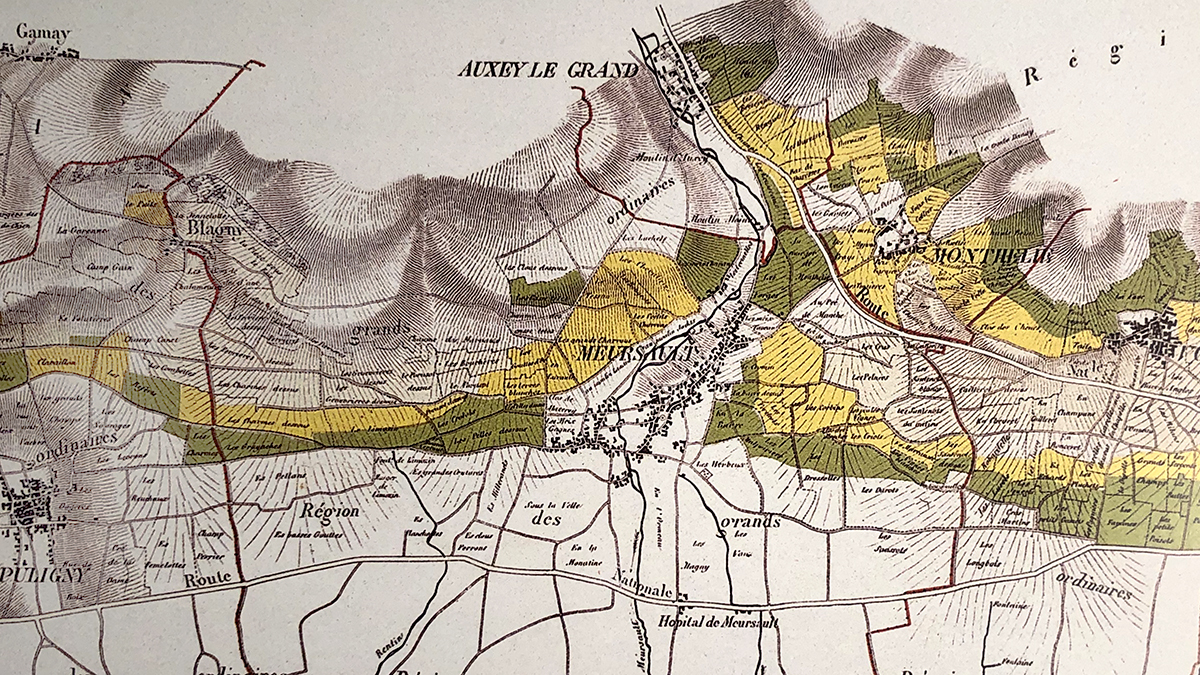 Meursault is a village stuck in time. Its narrow crooked streets and pointed steeple perch on a hill above fields of weathered vineyards first planted by monks in 1098. The golden nectar of these fields has been known for centuries, and today it is as sought-after as any wine in the world.

Meursault has no grand crus, but its three famous premier crus — Perrieres, Genevrières, and Charmes — almost make up for it. These exceptional terroirs produce some of Burgundy’s greatest wines of any color. We’re excited, for the first time ever, to offer all three from our star Meursault winemaker, the Domaine Boyer-Martenot.

In his excellent recent book Rajat Parr describes the trio thus: “Perrières — the eternal Grand Cru in waiting, with its epic fusion of body and minerality, frame and physique; Charmes — full bodied and physical, but deep and engaging; and Genevrières — crystalline in structure, at once gossamer and formidable.”

We won’t try to beat Parr at poetry, but we’ll confirm that these characterizations match Boyer’s cuvées this year. Vincent Boyer is making wine at a higher level these days than ever before — Vinous’s Stephen Tanzer declared himself “seriously impressed” with Boyer’s 2017 premier crus. Simply put, these are extraordinary wines — they’re not cheap, but greatness rarely is.

We have very small allocations of each — we’re offering them all individually and as a set of three. First come, first served.

Boyer-Martenot Meursault 1er cru “Charmes” 2017:   $125
Charmes is always the smoothest and most unctuous of Boyer’s cuvées. The 2017 has a particularly lovely balance between mouthfilling fruit and energy. Tanzer awarded 90-93 points, calling it “silky and densely packed” and “captivating,” noting its excellent “concentration and length.
Add to Cart >

Boyer-Martenot Meursault 1er cru “Genevrières” 2017:   $132
This is more concentrated and longer than the Charmes; less fat and more intensity. Tanzer awarded 91-94 points, calling it “at once thick and piquant,” and “classic, dense, vibrant.” He concluded simply “this is superb.”
Add to Cart >