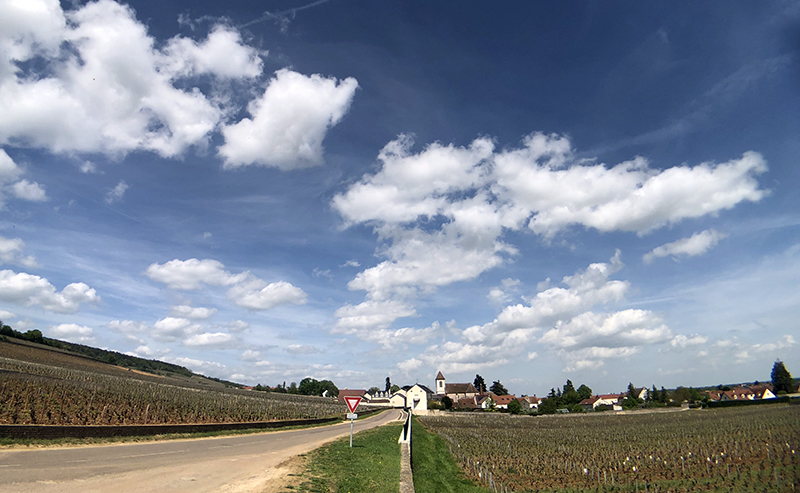 Morey-St-Denis is a tiny Burgundian town, home to a mere 680 people. Forever ceding the spotlight to its two famous neighbors — Gevrey-Chambertin to the north and Chambolle-Musigny to the south — Morey-St-Denis is nonetheless a source for exquisite red Burgundy.

The town boasts five Grand Crus, including the iconic Clos de Tart, first planted in the 1200s. Of the Morey-St-Denis twenty premier cru vineyards, most consider “Les Ruchots” the finest. Ruchots is separated from the Clos de Tart by a narrow road, and while you’re unlikely to mistake one for the other, the Ruchots Premier Cru turns out wines of unusual depth and intensity.

From an acre of vines, the Amiot family makes just 200 cases of this wine per year, and we have far less than that left in our cellar. Their vines, planted in the 1950s, produce concentrated, intense red Burgundy. Burghound awarded the 2015 92 points, finding it “outstanding,” “suave and velvety,” “highly seductive,” and with “very fine persistence.”

This wine is enough to prove that Morey-St-Denis is much more than just a stop between Chambolle-Musigny and Gevrey-Chambertin. Its nose is dark and spicy, with hints of earth and smoke. The mouth is ripe, rich, and long, with blackberry and woodsy flavors. There’s enough structure to keep this aging beautifully for a decade, but like most 2015s, it’s a mouthful of juicy, very fine Burgundy today.