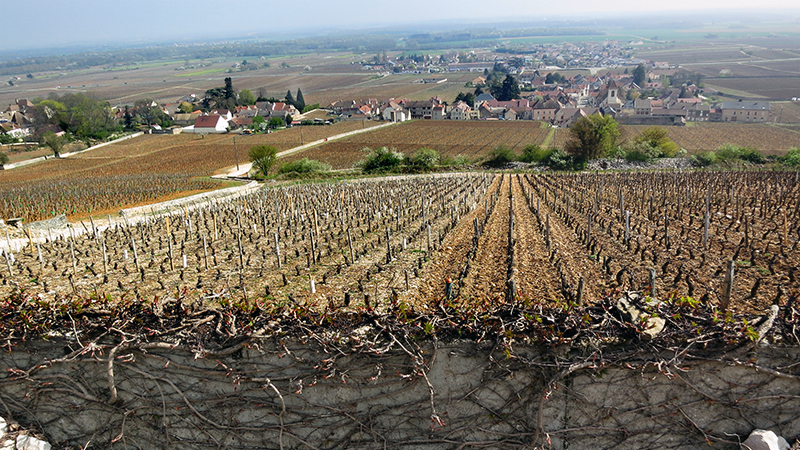 The Domaine Pierre Amiot is an old school Burgundy estate based in Morey-St-Denis. They’ve just welcomed the 6th generation into the business, and year after year turn out humbly delicious red Burgundies. They’re never the loudest or boldest wine in a lineup, but they can often be the most subtly beautiful.

Today we’re suggesting our last few cases of the 2014 Morey-St-Denis 1er cru from the “aux Charmes” vineyard, a plot that shares a border with the famous Charmes-Chambertin Grand Cru. The 2014 vintage was overshadowed by the legendary (and deserving) 2015, but we’ve found it to be more than impressive in its own right.

Now seven years on from harvest, this is pitch perfect red Burgundy for tonight.

The 2014 Amiot Morey-St-Denis 1er cru “Aux Charmes” is indeed charming. Large volume wine this is not — Amiot’s plot is just one acre, and their vines planted in 1967 produce only 200 cases per year. The bottle we tasted recently was smooth and earthy, with dried fruits and subtle mushroom and leather. The mouth is cool and smooth with a hint of Morey’s classic “savuage” character, alongside dry blackberry jam and herbs..

At release, Burghound called the wine “wonderfully textured, even seductive,” and “really quite pretty.” He found “floral-inflected red and dark berry fruit scents that are trimmed in a hints of earth and humus,” and predicted an optimal drinking window beginning in 2021.