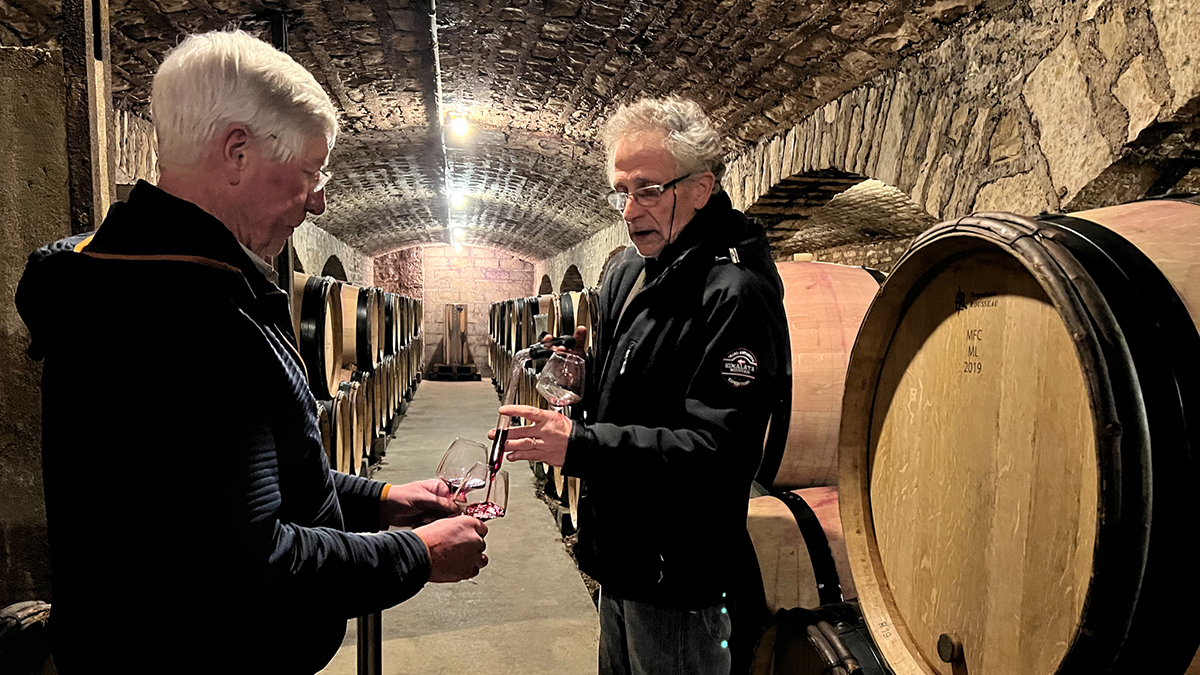 We used to wonder why the humble Bourgogne rouge from the Domaine des Varoilles was so good. During our visit to Philippe Cheron earlier this year we found the answer. He explained that the grapes for this cuvée come from vines planted in what until recently was village-level Gevrey-Chambertin.

It answered a lot. The wine is always dark, juicy and plummy, bearing strong resemblance to the Côte de Nuits’s boldest appellation. The Varoilles’s 2019 Bourgogne rouge has been a hit this year and last, particularly among Burgundy collectors looking for the elusive weeknight value. But the 2020, which we tasted in barrel in the spring, is even better.

Normally Varoilles (now Domaine du Couvent) is in our January Futures offering, but we’re so excited about the 2020s that we’re advancing them to September this year. The full Couvent lineup will be in next Sunday’s September Futures release, but we’re highlighting the Bourgogne today.

The 2020 Couvent Bourgogne rouge is a knockout. Drawn from clay-rich soils in a year of record breaking ripeness, this is terrifically dense wine. But Cheron has managed somehow to retain a sense of Burgundian restraint, and the wine avoids the traps of overripeness and flabbiness. It’s Old World class and elegance, combined with loads of delicious dense fruit.

The nose is dark, jammy and full of spices like cinnamon and cocoa. The mouth is rich and inky with far more stuffing than most wines of its level. The tannins are delicious and inviting with smooth texture and excellent freshness. Burghound called “outstanding,” finding “powerful medium weight flavors.”

We’ve reserved as much as we can, but as with most things in Burgundy, quantities are not unlimited – first come, first served; if we have any left next Sunday we’ll include it with the rest of the Cheron lineup.

Email Tom to reserve this wine.