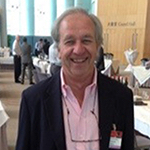 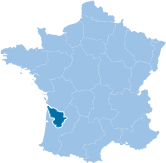 Christian Dauriac is a successful biopharma executive who decided to invest the fruits of his success in Bordeaux vineyards. His properties are all on the Right Bank of Bordeaux, which is to say that they are in a category dominated by Merlot and Cabernet Franc rather than by Cabernet Sauvignon.  When we met him more than a decade ago, his flagship property Château Destieux was still a St. Emilion Grand Cru. (St. Emilion has the opposite of Burgundy’s system, where “Grand Cru” is at the top. In St. Emilion, Grand Cru is one of the three classifications awarded, but Grand Cru Classé and Premier Grand Cru Classé are both higher). After the 2006 classification review (which happens once a decade in St. Emilion), Destieux was admitted to the rarified category of Grand Cru Classé. The property produces rich, full bodied wine with significant aging potential (we’re enjoying the 2005s right now), but which — like most St. Emilion — can be enjoyed in its youth as well.

Dauriac also owns the Grand Cru Château Montlisse, a reliable source for excellent St. Emilion year in and year out.  It doesn’t have the depth or complexity of Destieux, but the far better price easily makes up for it.  This is approachable Bordeaux that should find a place in any cellar.

In Pomerol, the land of Petrus, Le Pin, Trotanoy and other legendary all-merlot wines, he purchased another fine property: Chateau Clemence. As Hugh Johnson put it in his seminal World Atlas of Wine, what grows in Pomerol is “the gentlest, richest, most velvety and instantly appealing form of Red Bordeaux.”  Clemence fits the profile, and young or old it is a delicious glass of wine.

Much of the world’s Merlot is undistinguished. Its default expression is a soft, rounded wine lacking tannin, acidity, and character. “Global” merlot is smooth and easy, but… 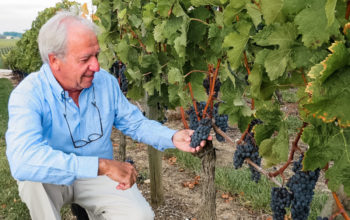 Much of the world’s Merlot is undistinguished. Its default expression is a soft, rounded wine lacking tannin, acidity, and character. “Global” merlot is smooth and easy, but… 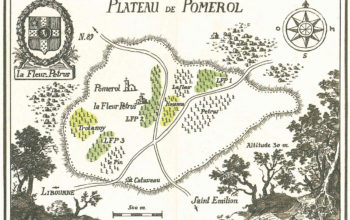 Smooth, Velvety Pomerol: “Knocks You Off your Feet”

Pomerol is Bordeaux on a Burgundy scale. The small right bank appellation covers less than three square miles, and is home to only 150 winemakers. But the…

Read More > about Smooth, Velvety Pomerol: “Knocks You Off your Feet”