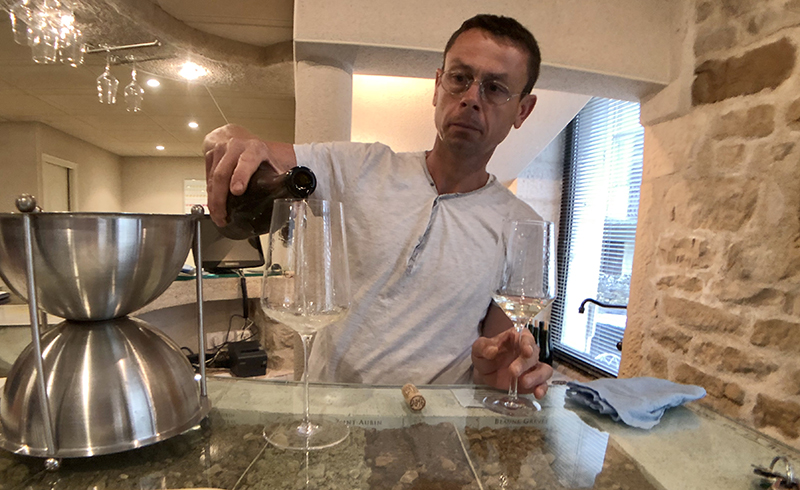 The villages of Puligny and Chassagne sit side by side, sources for the world’s finest white wine. The famous vineyard of Montrachet straddles their border, and while both towns produce extraordinary Grand Crus from their respective halves, as you leave Montrachet in either direction the styles diverge.

Thomas Morey is as much a part of Chassagne as the bell tower or the fields of vines — his family has lived in the village since 1643. His father Bernard’s wines were considered a reference point for the town, and Thomas’s reputation has grown steadily since he started his domaine in 2007.

His style is one of precision and intensity (hence the Puligny comparison, though don’t tell him we said so). His judicious use of oak and careful vinification mean that his wines are more sophisticated and less showy than much Chassagne. But their smoothness and ease of enjoyment reveal their true origin.

Morey’s 2016 Chassagne Montrachet 1er cru Embrazées is exquisite. The name Embrazées roughly translates to “aglow” or “aflame,” and the wine indeed glows with intensity and a smooth sophistication. Look for notes of peach, hazelnut, and lemon — serve with lobster and butter.