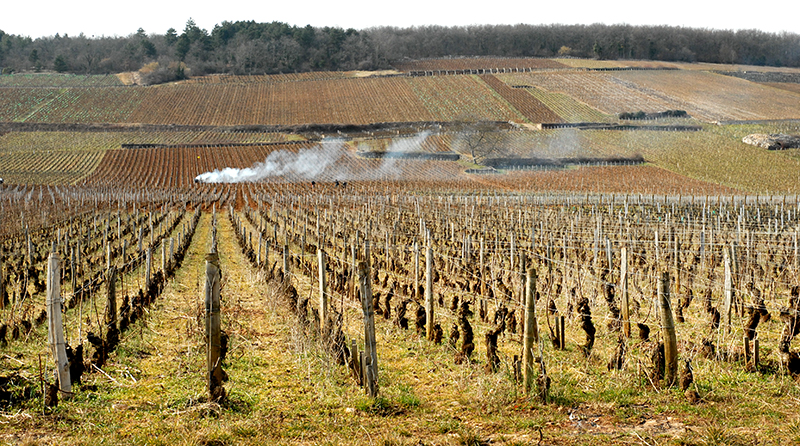 In Burgundy as in real estate, location is everything. Today’s wine comes from a vineyard classified Premier Cru but surrounded by five Grand Crus. It sits along the famous stretch of Grand Crus between Morey-St-Denis and Gevrey-Chambertin, and many believe its premier cru classification has as much to do with centuries-ago politics as with terroir.

But whether it’s a secret would-be Grand Cru, or just a perfectly positioned Premier Cru, one thing is settled — the “Combottes” vineyard turns out magnificent wine. The Domaine Pierre Amiot is based in Morey-St-Denis, but makes a few hundred cases each year from this plot just over the border in Gevrey.

Today we’re offering the Combottes from 2015, a vintage considered among the best in a generation. The wine is young but already exceptional, and built to last. The nose is dark and sweetly floral, with notes of spice, plum, and earth. The mouth is dense and sappy with a rich, mouthfilling concentration. Burghound awarded 92 points, calling it “restrained,” “refined” and “sleek.”

Most red Burgundy improves with age — Combottes today is twice as delicious as it was when it arrived in the spring. It’s built to go another 10-15 years if desired. But life is short, and when a wine tastes this good this young, no one (except perhaps your future self) will fault you for opening it early.