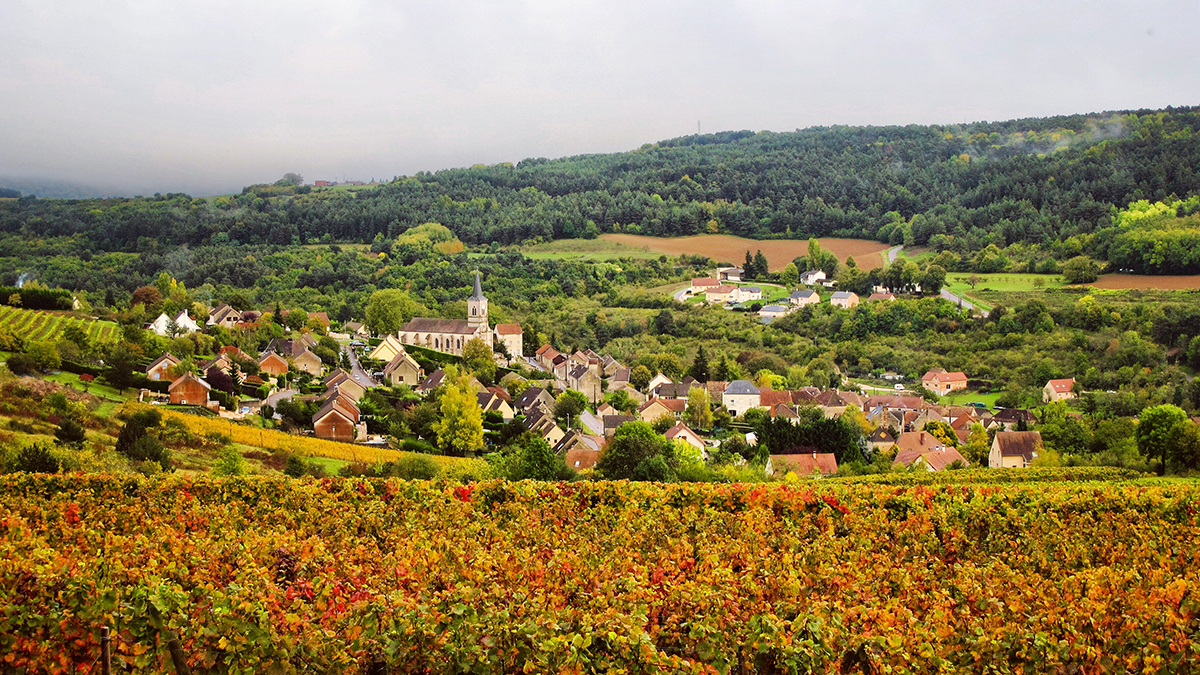 The Côte de Nuits is a narrow band of vineyards stretching from Beaune to Dijon. Perched along the slope of an east-facing hill, this famous strip of vines produces many of the world’s priciest and most sought-after red wines.

But there’s excellent Burgundy made “off-slope” too, some in the flat plain to the east of the Côte d’Or, and even more in the rolling hills to the west. These western hills are called the Hautes-Côtes de Nuits – they’re about 100m higher in elevation, and their terroir is less consistent than on the famous Côte.

But forty years ago Michel Gros and his father Jean saw the potential here and invested in large swaths of land. And today, with a warming climate and vines entering their prime years, this foresight is paying off.

We’re excited to introduce Gros’s newest cuvée from the Hautes-Côtes de Nuits: Au Vallon. Originally part of Gros’s regular Hautes-Côtes, this new cuvée is from 30 year old vines on a particularly sunny hillside. This plot always turned out silkier wine than the other Hautes-Côtes cuvées, and so Michel decided to bottle separately beginning last year.

The 2016 Au Vallon caught our attention immediately during barrel tastings last year, and since then the wine press has rung in with agreement. The Guide Hachette awarded a star, citing its “power without roughness.” Jancis Robinson’s reviewers founding “a very good attack” and “lots of punch,” and called it a “deliciously complete wine.”

We’ve been even more impressed since this arrived in the states in December. The nose is ripe and red, with notes of pretty flowers and raspberries. The mouth is sunny and bright, showing low acidity and pleasant carefree notes of cherries and cinnamon. Serve with a light chicken dish on a weeknight — it’s a masterful drink-now red Burgundy punching above its weight.