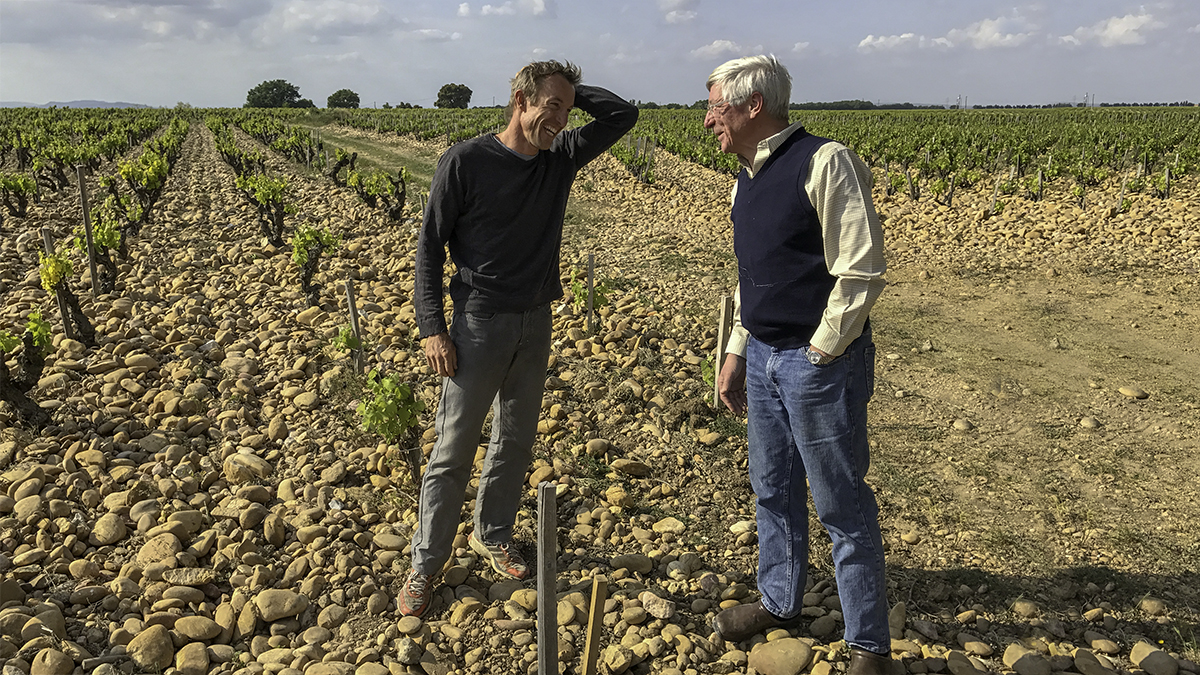 Châteauneuf-du-Pape is the quintessential winter red wine. Grown under the brilliant Provencal sun, the best examples combine richness and elegance in a way that’s hard to match anywhere in the world.

Vintage quality varies less in the Rhône than in Burgundy or Bordeaux, but 2016 has been universally hailed as excellent. Vinous’s Josh Raynolds calls them “uniformly outstanding,” concluding many “actually outclass… the monumental 2015s.”

We’re looking forward to the 2016 Châteauneuf-du-Papes from Pierre André due in later this year. But we’ve already got our hands on the 2016 from Christophe Mestre, and it’s as good as the hype suggests.

Christophe Mestre is a small production winemaker who flies under the radar of most of the wine world, but recently his talent and terroir have begun to bring him acclaim. His 2016 is among the best he’s produced.

The nose is explosive, with a wide range of notes from violets and pan drippings to strawberry jam and lavender. The mouth is smooth and soft and rich, with a dark red complexion and silky tannins. This is a rich, round, welcoming Southern red to match a weekend stew or roast. And at the price you can open a bottle for the weeknight leftovers as well.