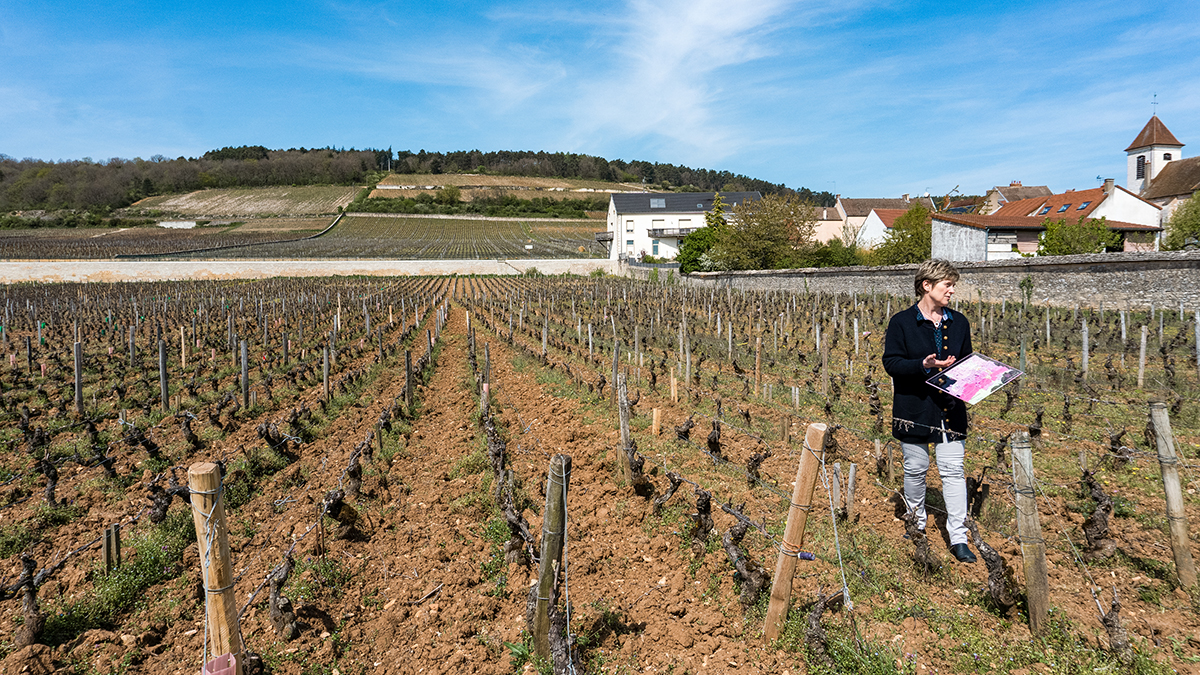 The Clos de Tart is one of Burgundy’s greatest properties. The vineyard has had only four owners since the 12th century, and, unusually for Burgundy, has never been subdivided. Today the wines from this 7.5 hectare monopole start around $500 per bottle.

Needless to say we don’t regularly drink Clos de Tart (background of photo). But we do enjoy wine from its immediate neighbor, a premier cru across the street called “Les Ruchots” (foreground of photo). Our source in Morey-St-Denis, the Domaine Pierre Amiot, makes magnificent wine from this vineyard year in and year out. Today we’re excited to offer their terrific 2016.

The 2015 vintage deserves all the acclaim and press coverage it receives. But insiders (and in particular Burgundian winemakers) consider 2016 nearly as good, and in some instances, superior. We’ve been floored by the precision and polish of the 2016s, and the 2016 Ruchots is among our favorites in the vintage.

From an acre of vines, the Amiot family makes just 200 cases of this wine per year. Their vines, planted in the 1950s, produce concentrated, intense red Burgundy. Allen Meadows (Burghound) awarded the 2016 92 points, finding it “outstanding,” “exceptionally rich” and “seductively textured,” predicting “this should be approachable after only a few years of bottle age yet reward up a decade plus of cellaring.” He concluded simply “good stuff here.”

We’re not claiming you’ll mistake Ruchots for its iconic Grand Cru neighbor, but it’s easy to see why many consider Ruchots the best premier cru in the town. It’s a wine of unusual depth and intensity for its class, and at less than a sixth the cost, we think it’s a fantastic value.