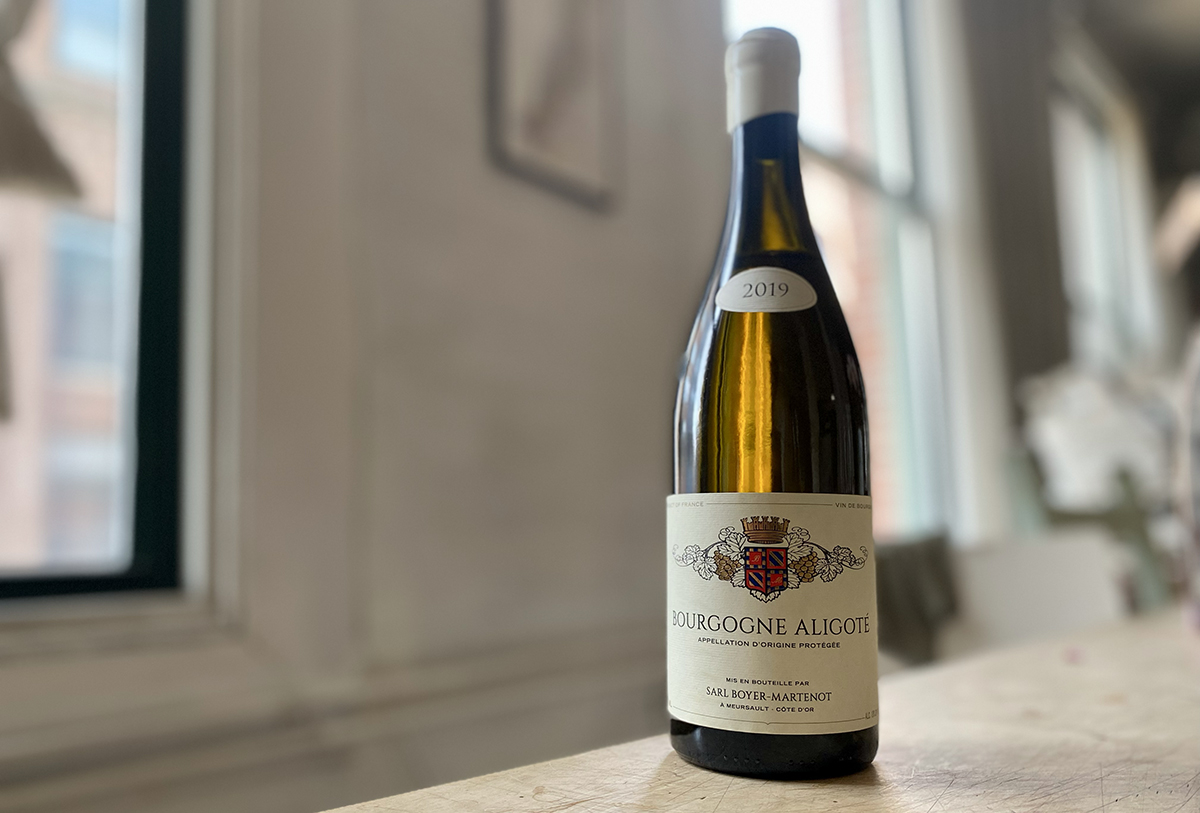 Aligoté is having a moment in Burgundy. Vignerons have grown the grape here for centuries, but for most of that time it’s been considered an afterthought – a high-acid grape producing humble, refreshing, unserious wines.

But as summers grow ever hotter and growing seasons shorten, Burgundian growers perennially in search of freshness have begun to rethink the grape’s potential. There’s even a movement to consider allowing blending with Chardonnay for major appellations, should the trend of ever warmer and drier summers continue.

Vincent Boyer’s Bourgogne-Aligoté makes a powerful case for the grape’s potential. It’s not in the same class as his magnificent cuvées from Meursault and Puligny, of course; but it’s the classiest Aligoté we know, and a startling bargain.

Boyer’s 2019 Bourgogne-Aligoté has just arrived. The nose is floral and gorgeous, with notes of white flowers, pear, and chalk. The mouth is smooth and round, with far more weight than the grape typically offers. The finish is clean and compact, with precise freshness and a lovely dollop of stones.

This is Aligoté that would beat out many a Bourgogne blanc in a head to head. There’s a regal character to the wine that would have been unthinkable for the grape a decade or two ago. Burghound found it “wonderfully fresh,” citing its “vibrant middle weight flavors” and “unusually refined texture.” Forget what you know about Aligoté; Boyer’s refines the genre.