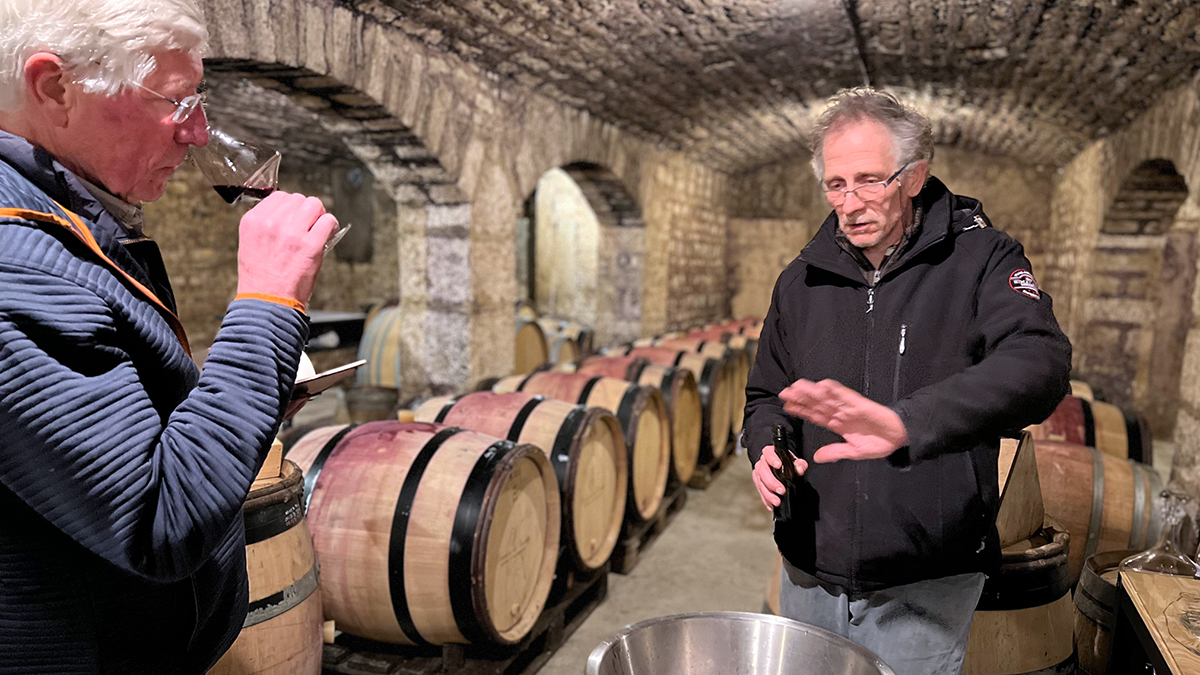 Last week we finally met Philippe Cheron, winemaker at the newly created Domaine du Couvent. The new domaine combines the holdings of the shuttered Domaine des Varoilles and Cheron’s family vineyards, including several plots his grandfather planted in the 1930s. It’s a new lineup with a new label, but with a highly experienced winemaker, and vineyard holdings steeped in history.

Cheron’s 2020s from barrel last week were stunning: sleek, elegant, beautifully balanced and packed with flavor. They’ll be bottled later this year, and we look forward to offering them in January 2023. But the 2019s have (finally) just arrived in the states, and we’re thrilled to begin to release them today.

Cheron’s family holdings include an enviable collection of plots in Chambolle-Musigny. Philippe makes two cuvées from the town, one a single vineyard (Clos de l’Orme), and one a blend of a dozen plots across the tiny appellation. This blend, called “40 Ouvrées,” is named for the combined size of the plots; an ouvrée is an old unit of measure for the land one worker could harvest in a day.

Couvent’s 2019 Chambolle Musigny “Les 40 Ouvrées” is a terrific expression of the Chambolle appellation in total. It’s open and accessible, showing deep strawberry fruit and the silky texture for which the town is known. Neal Martin of Vinous awarded 90-92 points, finding it “delicate but precise,” “smooth and succulent, very lush in style, but maintains good balance and freshness,” concluding “very sensual.” Jancis Robinson found it “luxurious” and “delicious.”

Burghound calls Couvent “a domaine to watch,” and Martin writes “It is definitely a grower that I will keep an eye on.” We agree, and we’re thrilled to have them on board.