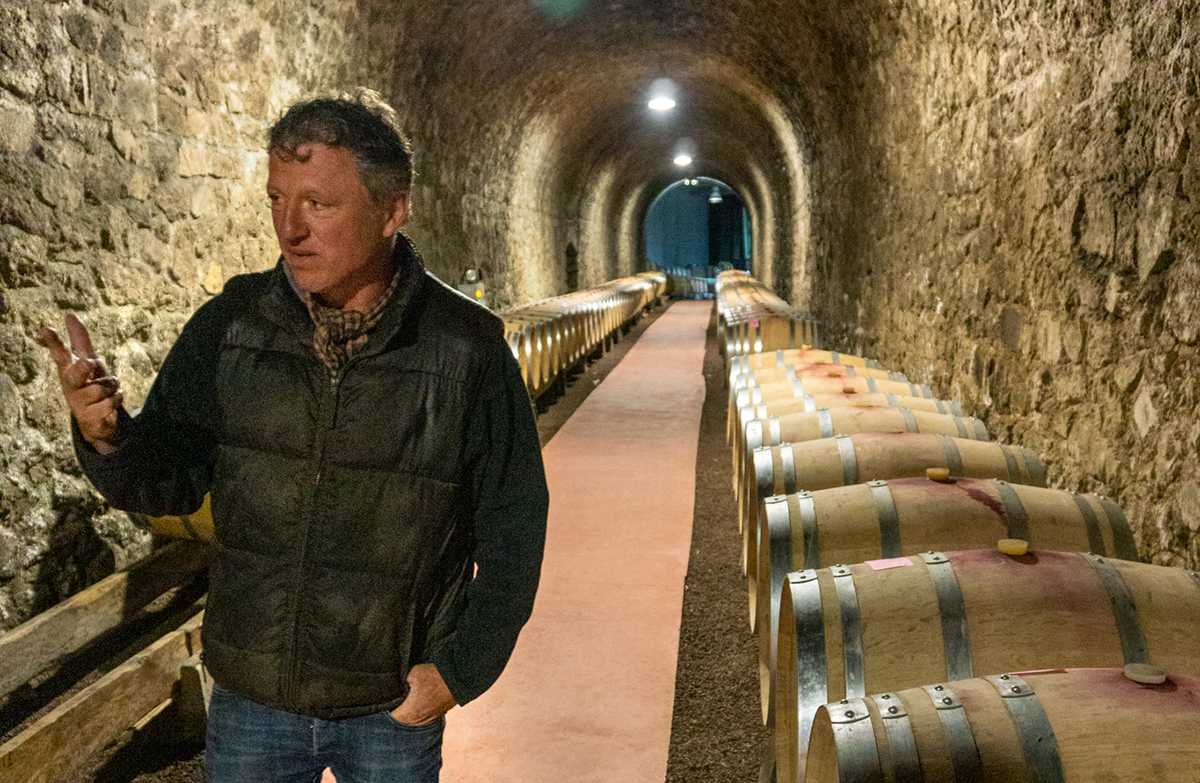 Cornas is a tiny appellation of only 50 growers. By rules and heritage, it’s the Northern Rhône: its wines are pure, unblended Syrah. But in spirit and character, it’s not far from the South. Cornas (which means “scorched earth” in Celtic) harvests a week earlier than Hermitage (just 20 minutes north), and the vertiginous slopes produce wines with a southern, sunbaked character.

Vinous writer Josh Raynolds calls the Domaine du Tunnel “among the top producers of Cornas.” Star winemaker Stephane Robert farms an envious collection of old syrah vines around the tiny appellation, and his wines very much live up to the hype. The domaine is named for an old abandoned railway tunnel in which Robert stores his barrels. In person Robert is humble and quiet, but his wines are bold, assertive, and utterly charming.

Once a forgotten appellation, Cornas has become the darling of the sommelier instagram set in recent years, as collectors chase aged bottles with names like Clape and Voge. Tunnel’s wines drink better a little earlier, and don’t require the same investment as the famous names. But they’re every bit Cornas, full of extraordinary depth and power.

Tunnel’s 2017 Cornas is a classic — the warm year produced lots of ripeness, making it juicy and approachable today. But there’s plenty of Cornas’s traditional sturdy foundation. Jeb Dunnock gave 93 points, calling Robert’s wines “world-class in every sense.” Vinous and Wine Advocate both awarded 92 points, finding it “loaded with blackberries, cassis and plums,” with “very good depth as well as energy” alongside “supple tannins.”